New Zealand and the red deer: fascinating facts you may not know

New Zealand is a magical place, with stunning natural beauty and amazing scenery. From national parks, golden beaches, indigenous forests to expansive mountain ranges that stretch on endlessly, the opportunities to explore abound. The cities and towns too hold their own charm; some surreally modern while others hold an old-world charm that harks to a previous era. One thing that is guaranteed, for a small county there is much to explore. 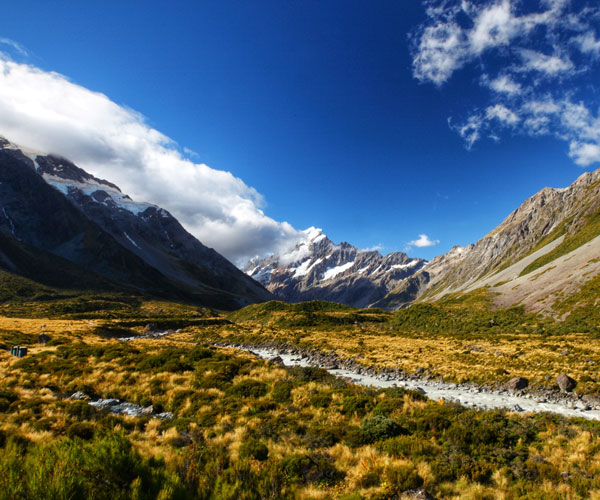 And more than just a tourist destination there is also a massive export industry for the amazing New Zealand produce, including wine, honey, butter, cheese and venison to name but a few. New Zealand produce offers exceptional quality, given the drive towards sustainability and environmental awareness.

But one export with a history of crazy wild-west style antics may surprise readers, and that is the tale of the red deer. How a small introduced population back in the late 1800’s has led to an internationally recognised venison industry is not only strange, but it’s true. 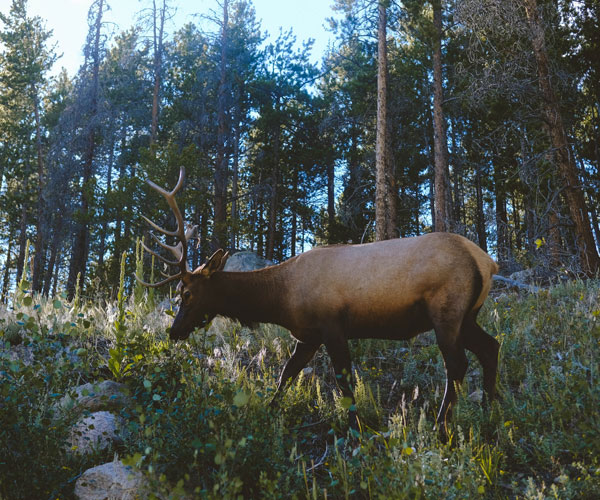 A well-meant gift from the president

Although New Zealand is known for its delicious lamb, that is by no means the only red meat-source we produce. A thriving venison industry has grown over the last decade. Because venison is recognised as an extremely healthy meat, being very low in fat, high in protein, iron, zinc and Vitamin B12 there has been an increase in demand over the last few years.

The story around how this industry came about is definitely worth exploring and goes back to the late 19th century when the red deer were first brought to New Zealand. The introduction of the red deer, which have been the most successful of the introduced deer, came predominantly from the United Kingdom and are still the most common deer in the wild here. 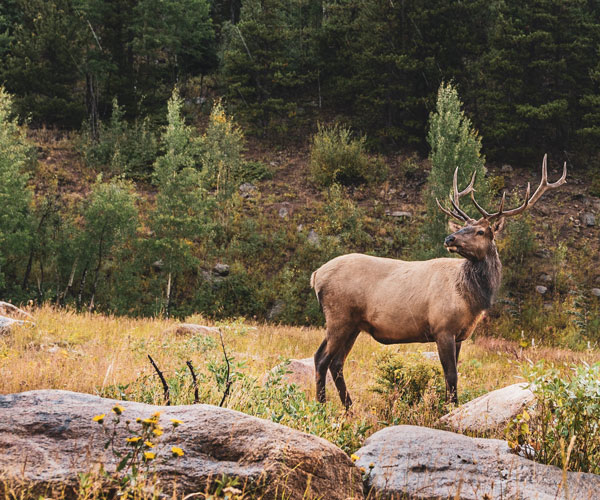 Along with the red deer though, other species were also introduced. Fallow deer from the Middle East, sanbar, sika and rusa from Asia and white-tailed deer from North America, all of which are still to be found in New Zealand. The wapiti from Yellowstone National Park, a gift from President Roosevelt, were released into Fiordland, on the South Island; but they are found in much smaller numbers now.

Without natural predators and with loads of sweet grazing the deer populations in New Zealand grew and spread. Herds of wild deer damaged native forests and plantations, creating widespread concern. 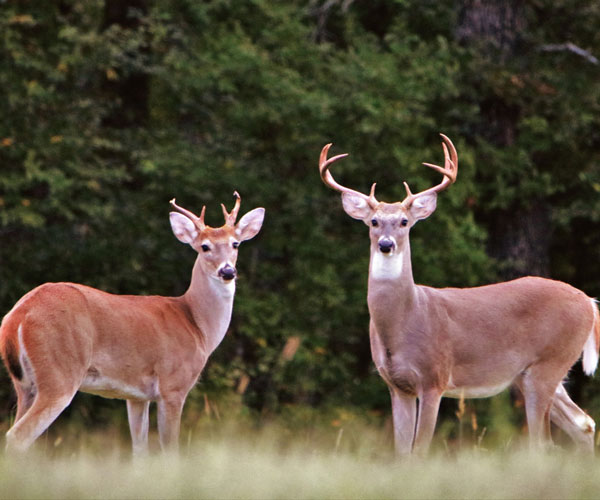 From around the 1920’s the Department of internal affairs were responsible for controlling what was evidently becoming an environmental challenge. A task team of cullers were hired by the government to control the wild deer. Their focus was on mitigating the damage that deer wrought on the forests and surrounding vegetation.

But with populations still out of control by the 1960’s, deer farming was managed under the guidance of the New Zealand Forest Service. Many former government deer-cullers saw the potential to cash in on this initiative. And suddenly a decade of adventurous risk-taking, and life-threatening exploits unfolded. The early 1970’s saw many men and their teams buying helicopters, learning how to fly and then swooping in to forested areas. Apparently around 60 helicopters were flying into remote areas to shoot and recover deer.

When the price per kilo increased to around $2 the action escalated, with helicopter crews making illegal raids it was more like the wild-west. Stories of arson, sabotage, punch-ups and shootings at helicopters making headlines. This finally settled down after the government sent in the air-force to resolve the ‘deer’ wars’. 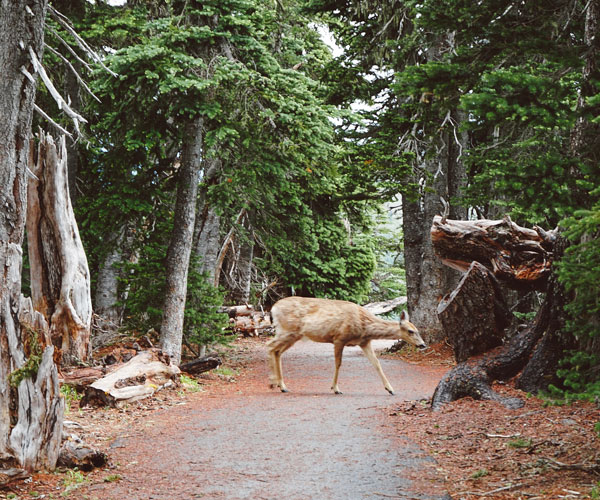 Jumping from helicoptersAmid much opposition, deer farming was legalised in ’69, but this too was risky business as it entailed live deer being caught and transported. Initially strapping young men were employed to jump out of a helicopter onto a running deer, tussle with the animal until it could be tied and restrained before being tucked into a bag and airlifted out. The risks involved with this method were pretty obvious and fortunately evolved into a safer catch and haul method with the introduction of the dart gun.

Thank goodness this all settled into a more sedate farming style where codes of conduct that outlined best practices were quickly established. By 2005 more than 1.7 million deer were being farmed in New Zealand, compared with 5 million dairy cows, almost 40 million sheep and 4.4 million beef cattle.

New Zealand features on the world stage when it comes to deer farming now, both in technology and contribution to the economy. Deer yards, whether for a large or small farm must be designed to minimise stress on the animals which are naturally skittish. Farmers are expected to follow a code of welfare which covers a minimum body condition score, daily food and water, standard for the yard as well as seasonal management.

The deer primarily graze on ryegrass and clover pastures, and supplementary feeds in winter. No hormones or growth stimulants are used so the assurance that New Zealand venison is the purest quality is substantiated. 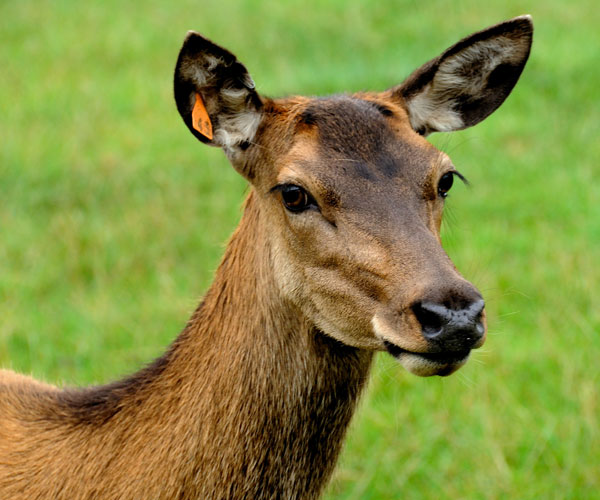 The call of the wild

Red deer are the most widespread species on New Zealand, with populations flourishing. From the Kaimai Range in the North Island, to Stewart Island in the South, you can find an opportunity to view these majestic creatures, either on a game drive or at a selection of lodges and parks.

Be warned, if you are in an area with a deer population, you may hear the eerie roar that a stag vocalises to establish his territory and impress the fairer sex. The sound carries far and wide, and is meant only for members of his own species, given how shy they are. But those who have heard the call claim it’s strange and very unsettling!

The deer industry has something for everyone, from sustainable hunting to masterfully crafted meat products and cured salamis. Considering that this was an introduced species, New Zealand has done well to manage the initial environmental issues and create a sustainably managed industry.